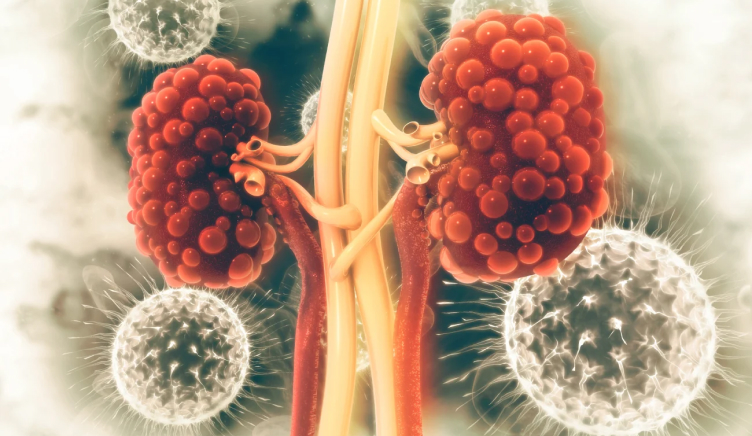 Diabetic nephropathy, or diabetic kidney disease (DKD) is a common complication of diabetes, where there is a decline in kidney function and reduced ability to filter out excess proteins from the blood.  As many as 50% of patients with diabetes of more than 20 years develop DKD.  DKD is also one of the most significant long-term complications in terms of morbidity and mortality for individual patients with diabetes. From this, diabetes is responsible for 30-40% of all end-stage renal disease (ESRD) cases in the United States, which has a poor prognosis and high mortality rate for patients.

Diabetic nephropathy is also typically associated with retinopathy, which is a related eye disease arising from diabetes (Diabetic retinopathy, DR). DR is the consequence of chronic progressive diabetic microvascular leakage and occlusion in the retina, which may cause scarring of the retina and vision loss.

Diabetic kidney disease (DKD) is characterised by albuminuria (increased urinary albumin excretion) and progressive reduction in glomerular filtration rate (GFR) for patients with a long duration of diabetes (>10 years’ duration of type 1 diabetes; may be present at diagnosis in type 2 diabetes). Proteinuria (the presence of excess proteins in the urine) is observed and renal function may further deteriorate as the disease advances.

Progression of DKD may occur even in patients in whom control of their primary diabetes mellitus has been achieved in accordance with diabetes guidelines.

Symptoms of DKD, which may be absent until the disease is advanced, include fatigue, anorexia, and swelling of the extremities. Clinical signs include hypertension, oedema, and findings of associated microvascular complications (diabetic retinopathy and neuropathy).

Current evidence suggests that early treatment delays or prevents the onset of diabetic nephropathy or diabetic kidney disease. This has consistently been shown in both type 1 and type 2 diabetes mellitus.

There is a clear need for a safe, efficacious, and well tolerated treatment for fibrosis in DKD patients.

All of the candidate drugs described on this site are investigational products which have not received marketing authorization or approval by any regulatory agency, including the US Food and Drug Administration, the European Medicines Agency, or the Australian Therapeutic Goods Agency. The investigational drug products are undergoing clinical studies to evaluate the safety and effectiveness in humans.